“Deceptively quick” is a good summation of the Hankook Ventus V12 Evos because they often didn’t feel as strong as they actually were, particularly in the dry. Their fourth-place autocross time wasn’t spectacular, but they did outlap thebenchmark Michelin PS2s. Geswein said the Hankooks felt “somewhat soft” and “imprecise,” although they were forgiving, yielding consistent laps with no surprises. Despite that feeling of softness, the V12 Evos somehow managed a second-place skidpad run of 0.93 g and were above average in braking. Hankook just launched a new extreme-performance Ventus R-S3 model, which wasn’t available in time for this test but likely has sharper dry responses.

In the wet, however, the V12s were as sporty and connected as they come, with grip second only to the PS2s’ and the best braking. The Hankooks were extremely consistent, likely because they were so well-behaved, which made them easy to drive quickly. Subjectively, they felt the best around the track, even though their time trailed slightly behind the Dunlops’.

With above-average wet and dry performances, and tying for quietest on the street loop, the V12 Evo is an impressive and well-rounded summer tire. And, at $106, it’s a bargain, too.
Continued... 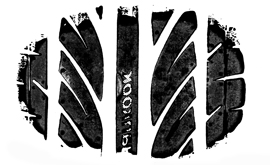