I couldn't help it! I had to stop and look at this car for sale on the corner listening to my wife groan as we pulled up. The car had no visible rust and the reasonable asking price included a 1978 280Z parts car along with a spare set of wheels. The interior seemed exceptional, most of the interiors in these cars I had seen were trashed. I bought it the next weekend for $2600 and parked it in the garage next to my other "project". The interior came out and I started to make a list of things I wanted to replace. I bought new carpet, some other used interior pieces, new rubber, new stereo system, Optima battery, new NGK spark plug wires, Bosch platinum plugs, new 15" x 7" Centerline wheels with BF Goodrich 225/50, and the complete poly bushing kit (all in the floor in the spare room). I was also able to pick up a Bilstien Anti-Sway Bar kit (1" front and rear), I don't think they make them anymore, made out of some kind of aircraft grade alloy. A lot more work than I had figured, but worth it in the end (I HOPE). 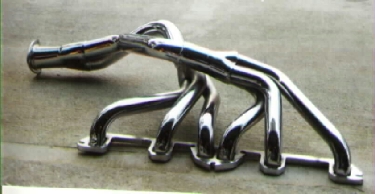 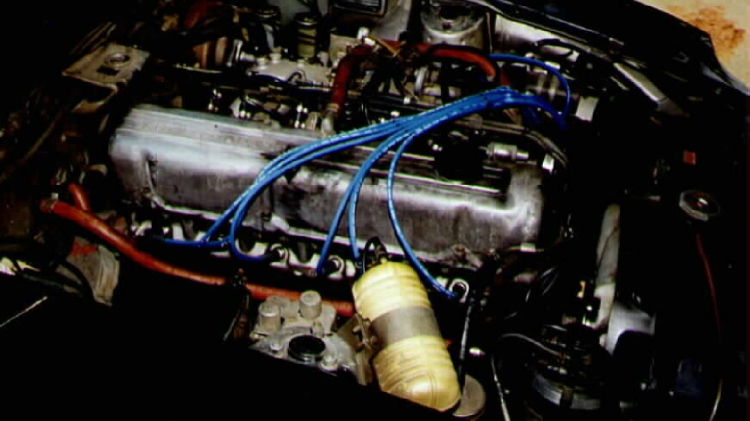 The head was weeping antifreeze so I plan on rebuilding the head when I take it off to replace the head gasket and the head removal also gave me an excuse to purchase a header. I was lucky enough to find a Thorley header that hadn't been made for about 15 years, brand new in the box. I also plan to polish a majority of the engine components and detail the engine compartment. The paint code showed the original color as silver. The black looks good but I will probably repaint it with PPG based silver base/clear. Black is a pain to take care of. 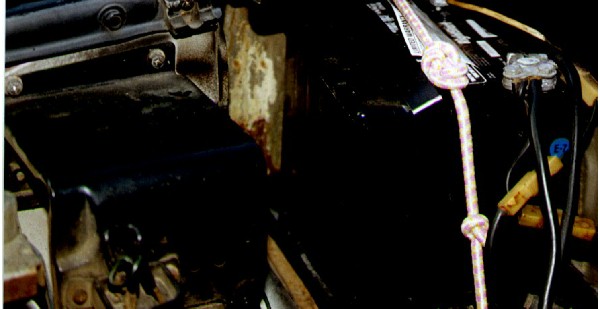 Aha, there is some rust next to the battery! Pretty much surface stuff, a little sanding and some Eastwood Corroless should do the job. The Optima battery is a dry cell so the acid eating through the paint that caused the rust will not be happening anymore. 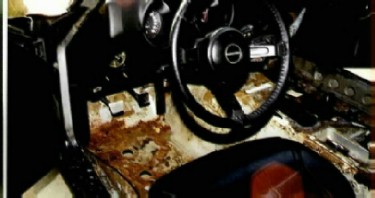 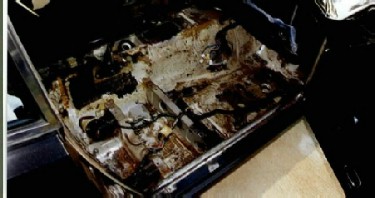 A little more surface rust in the interior. I spent the whole afternoon with a heat gun and a putty knife scraping the sound deadener off of the floorboards. It appears that in the past the heater core leaked and the corrosive antifreeze got trapped between the sound deadener and the metal floor which got the rust going. I have one dime sized hole on each side so I will cut that piece out and weld in some new steel. Next I will treat all of it to a healthy dose of Eastwood Corroless and then top that off with some spray-in bedliner to both deaden sound and to better protect the metal than paint. I took the plastic dash cover off because it was warped a little and didn't line up with some parts of the original dash. I will end up getting a new cover, dash repair on this dash would be too much trouble. Other than that I feel the car is in better shape than a lot out there. The car has no rust underneath the wheel wells or on the frame rails. There are no dings in the body. I eventually plan to replace the bumpers with the fiberglass kit (already took the stock bumpers off and gave them away to a fellow Z enthusiast, notice IN-PROGRESS pics above). I still need to drop the fuel tank and remove the rear bumper mounts, also lower the car a little bit so it doesn't resemble a jeep.

UPDATE: This car has been sold to a fellow Datsun Z enthusiast who will have the time to bring it back to life, click HERE for the eBay ad I used to sell it:

How to Restore Your Datsun Z-Car by Wick Humble

How to Rebuild Your Nissan/Datsun Ohc Engine by Tom Monroe

*How to Hot Rod and Race Your Datsun by Bob Waar

*How to Tune and Modify Bosch Fuel Injection by Ben Watson