This Mercedes is a euro-spec model which was brought over by a German diplomat. It was taken back and forth between the US and Germany and finally was sold to the second owner over here. I am the fourth owner. The only thing done to the car to federalize it was the speedometer, the headlights, and the tailights were changed out for their US counterparts. The euro bumpers were left intact, they probably do not offer as much impact protection but look a LOT better than the US spec bumpers. The euro high compression motor was not touched so this car has no smog devices at all. The car has the type 1 A/C which is a little easier to work on.

The car has been maintained very well, the original timing chain was replaced at 150,000 miles and had little stretch, I changed it and the tensioner as a preventative measure. The motor runs good and the car is reasonably quick, I imagine a little quicker than the US-spec 450SLC. Even though the 4.5 liter motor in the US market cars is larger by means of increasing the stroke, the smog devices limit the power output to about the same as the 3.5 liter motor in this car. The fuel distributor and injectors were replaced right before I bought it, all of the brake components were replaced too. After I bought it I changed the headlights back to the euro-spec units that have the vacuum adjustable height. The car is mechanically in great shape, I just have to do a little interior/exterior cosmetic work, I already rebuilt the rear deck with plywood and covered it with carpet. I changed out the wimpy factory speakers in the back with some Blaupunkt 6.5" and the front speakers with Blaupunkt 4" component speakers. A Blaupunkt CD player handles the tunes. 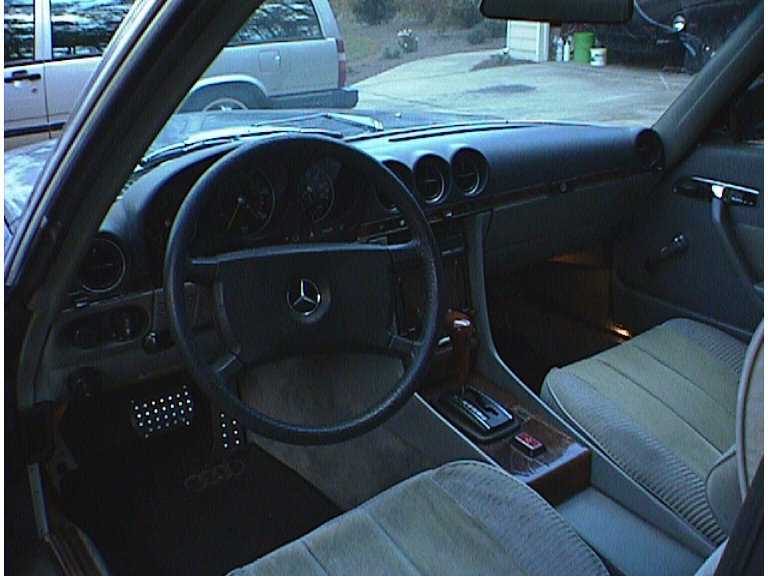 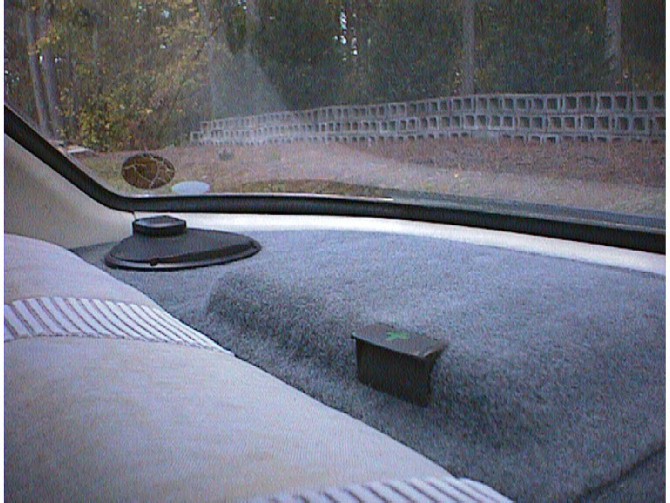 The SLC is longer than the SL and has a good bit of room in the back seat for a coupe, qualifying it as a four seater rather than a 2 + 2. 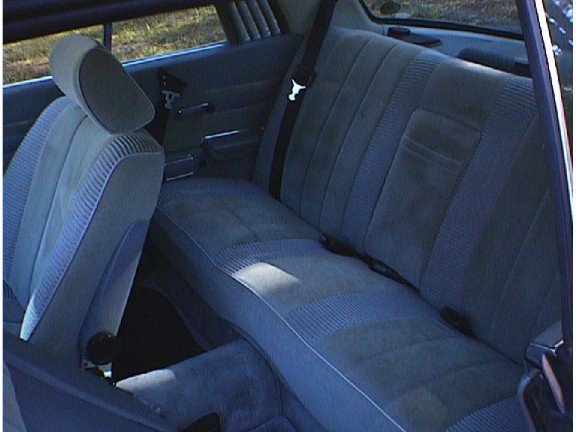 The car needs to be painted and I would like to get the front spoiler from a 560SL prior to doing this. I would also like to upgrade the wheels. Stay tuned for updates........